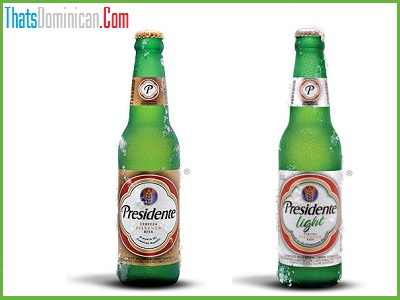 When it comes to beer Dominican Republic is known for one, the king of all beers, CERVEZA PRESIDENTE.

The word itself means president, but trust me it’s king there. This would be in the same class as a corona or Heineken beer when it comes to crispness, and taste, however more along the lines of a Heineken where you would not usually drink it with a lime since the beer is a bit heavier. 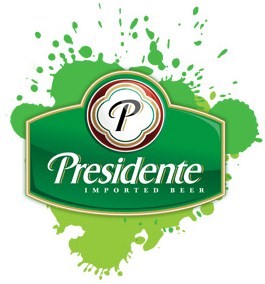 They do also have a “Light” version for you diet people, and by the way on that note, don’t ask for anything “DIET” while in the Dominican Republic, everything there is either lite or Light, so you would order a COKE LITE, if you wanted a diet coke.

In the United states Presidente is quickly gaining a following, so getting the beer is not as hard as it used to be, usually found in neighborhoods with a Latin population or Liquor stores with a great variety of selections when it comes to beer.

While Speaking about this beer I’d also like to mention BOHEMIA, is a darker bottle, and quickly gaining a following and as I found out and also owned by the beer Presidente as well, those two are the staple at every bar / pub and club in the D.R., If you are visiting, I suggest that when in Rome… Do as the Romans do and have yourself one of these wonderful brews.

If you are looking for Presidente beer shirts, there is a company that makes a funny adaptation of them called LulaxCave, check it out: Presidente Beer Shirts