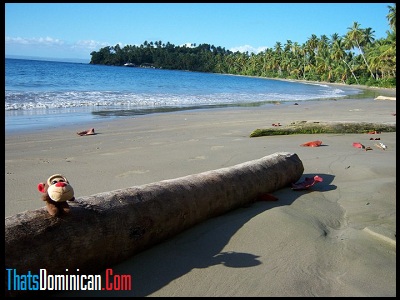 La Romana is the fourth-largest city in the Dominican Republic after Santo Domingo, Santiago, and San Pedro de Macorís, with an estimated population of 246,300 in 2010.

It’s name of “Romana”, actually comes from a scale that was used for the weighing of goods to be exported, bet you did not know that! It is capital of the southeastern province of La Romana. The patron of the city, is Santa Rosa de Lima. Here is a map of its location.

It is also not far from another hot tourist spot in Dominican Republic, Punta Cana, located about an hour and a half away from La Romana.

The city is a hub for a growing tourist industry with several nearby local resort spots, such as the beachfront Bayahibe, Dreams Resorts Las Romana, Dominicus, Casa de Campo, Riu Hotels, and the growing number of Golf Resorts that surround the area. Because of its growing popularity, the La Romana International Airport (LRM) was built in 2000 with many modern amenities, its beaches have allowed for the city to grow and the tourism infrastructure to have enough of a market to be put into place.

If you got a hotel/flight and transport package one of the representatives for your bookings will meet you there for transportation. Otherwise Car Rental and taxis are available.

Location: The airport is located in La Romana and is convenient to Casa de Campo and area resorts.

Car Parking: There is short and long-term parking at the airport.

Casa de Campo : Resort complex is the flagship of the La Romana All Inclusive Resort Area. Built in 1975 by Gulf+Western to be the premiere destination in the Caribbean, it has lived up to the hype.

The resort houses 3 championship golf courses, one of them being the famous “Teeth of The Dog” which is ranked 25th in the world. The Casa de Campo resort also houses its own polo fields and a private airstrip. In 1984 Casa de Campo was purchased by the Central Romana Corporation which is co-owned by The Fanjul Brothers.

FOR GOLFERS: Casa deCampo also now boasts the new Jim McLean Golf School. The #1 golf school makes its Caribbean debut at the home of the regions #1 golf courses. Who says we are not moving on up in the world?

Altos de Chavón : it is a replica of a 16th century Mediterranean village located just minutes from La Romana. Here you’ll find artists’ studios, craft-shops, galleries, restaurants and bars to satisfy all types of visitors. Take in a show at their 5000 seat amphitheater that still attracts big name artists. Altos de Chavón is one of those must-visit locations on a trip to La Romana All Inclusive Resorts.

Casa de Campo International Tourist Port (Muelle Turístico Internacional Casa de Campo) : Over the last century, The Port of La Romana (located on the West Bank of La Romana River or Rio Dulce) has been utilized primarily for the docking of commercial ships, primarily for the transport of sugar and molasses. Upon exceeding the capacity of its port, the Central Romana Corporation built its new tourism focused port on the east side of the river. The platform on the western bank was renovated and the river channel was dredged to a depth of 10.50 metres (34.4 ft). Inaugurated with the arrival of the vessel Costa Marina on December 2002, the Central Romana Corporation invested US$12 million to extend the existing port by over 40,000 square metres (430,000 sq ft). The port is a modern platform and harbor terminal, with a capacity for two large modern cruise ships. Today the new facilities boast two docking platforms (East Dock: 255 metres (837 ft) in length, West Dock: 225 metres (738 ft) in length), a 1,000 square metres (11,000 sq ft) passenger terminal and parking facilities which accommodate 24 buses.

La Romana has been a one-company town since the South Puerto Rico Sugar Company built the mammoth Central Romana mill in 1917. It was the only sugar operation not taken over by Rafael Trujillo during his reign. From 1964 to 1967, the South Puerto Rico Sugar Company, including properties in Florida, Puerto Rico and the Dominican republic became part of the conglomerate Gulf+Western. In 1984, the Gulf+Western Corporation sold their stake in the Central Romana Corporation to a group of local and foreign investors which includes The Fanjul Brothers.

gullf+Western acquired Consolidated Cigar in 1968 and shifted the Canary Island cigar-making operation to its Tabacalera de Garcia tobacco plant in La Romana. The Tabacalera de Garcia factory is currently one of the largest cigar factories in the world, and has been owned by the biggest cigar marketing company in the world, Altadis, since 1999. Three world famous brands are produced in La Romana: Montecristo, H. Upmann, and Romeo y Julieta.

This town is characterized by its tremendous influence in the country’s tourism programs. It’s filled with beautiful beaches and many hotels and resorts. There are also many growing suburban areas and fenced communities This town has a large population, and all the problems associated with high-density areas. It does not have many notable sights in terms of architecture or urban spaces, being barely 100 years old. It grew very fast compared to the much older and slower-paced La Vega or Seibo, which are more typical Dominican towns.