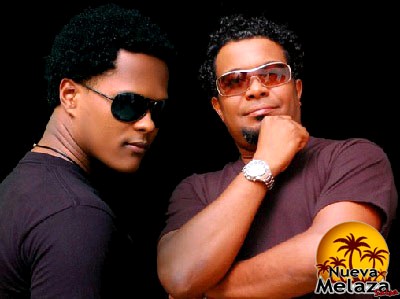 We had the great oportunity to talk a little bit with new Dominican Salsa Group Nueva Melaza!

Nueva Melaza, a new salsa group from the Dominican Republic composed of lead singer Joel Figuereo and composer Roberto Cuello, while only a year old in its inauguration brings together two veterans with much to offer.

We first ran into the group online, and after doing much research were able to literally see the growth of the founding members through videos.

Having worked for many different musical ensembles, Joel and Roberto were bound to end up where they are now, with a band of their own.

The music (written by Joel although Roberto provided the lyrics to  the theme “No quiero Mas Dolor”), is salsa with a new flavor.  Having both grown up influenced by the genre, they say in the interview we conducted that they enjoy the freedom and the melody Salsa provides.

Roberto Cuello, the composer of Nueva Melaza has a wide educational background in music ranging from Jazz, ballads to Latin sounds, having toured with July Mateo “Rasputin” as well as having been part of many national and international productions.

Both from San Cristobal Dominican Republic, and proud, they met while both working for the same band. Joel approached Roberto with some lyrics and melodies for songs that really excited Roberto, as a composer and renowned piano player they got together to form the band and produce the music you hear now.