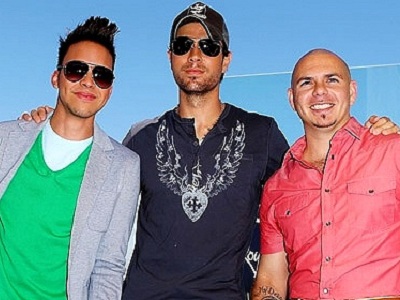 It’s about to go down as three of the hottest acts (Prince Royce, Pitbull, Enrique) get together for a mega-tour called “Euphoria” that starts September 22nd with the first performance being in Boston.

Royce stated: “It’s a real big honor to be a part of this tour with Enrique and Pitbull. It’s just something for me and for the public… Para la juventud, to demonstrate that dreams come true, that everything is possible with hard work.”

Prince Royce (who recently released the collaboration track “Ven Conmigo” with international star Daddy Yankee  and has now released a new preview track to his upcoming English Album entitled “Addicted“), has been busy with a meteoric rise to fame and seems to not be wasting anytime by putting his name alongside the hugest themes and artists of today.

The Euphoria Tour promises to launch Royce even further into the stratosphere of stardom.

His track “Corazon sin cara” burned a hole in the Billboard Latino charts for more weeks than I dare count.  With these three artists all with different sounds and niche we are all excited to see what kind of buzz this brings.  Prince Royce who is Dominican does Bachata songs along with some ballads, Enrique Iglesias who claims Spain, is known for ballads as well as pop music, while Pitbull the proud Cuban is synonymous with club music.  This will for sure be something great.

Here are the tour dates so far for the Euphoria Tour :