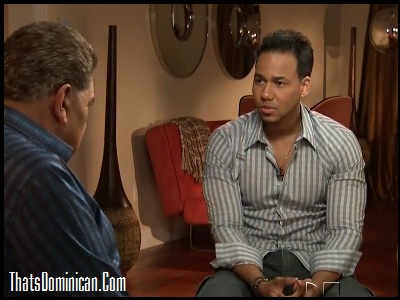 This past Monday July 26th, Romeo Santos from the group Aventura opened up the doors to his home is Georgetown, NY for an interview with the great Don Francisco for the show Don Francisco Presenta.

The Lead singer for the group Aventura goes into his dreams as a child, and how he built his empire in hopes to try to bring a better life to his family.

In the interview with Don Francisco, Romeo also speaks about the real reason why Aventura had to take a break, as he felt he was doing too much work, he felt the group is supposed to be a stable “table with four legs” and that all 4 of the group needed to carry the balanced weight of what Aventura was. 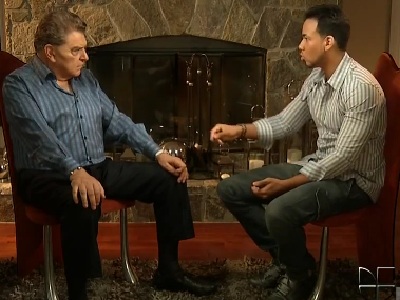 Romeo Santos also says that Aventura is not over

that he is doing a solo project while the other members of the group also do their own projects until 2013, a statement that has been also said by Lenny and Max from D’Element

The interview goes onto talk about how fame has affected Romeo, and then about how he ran like a cowards when faced with having a child at 17 that he was not ready for. At the same time, Romeo was mking a choice between focusing on school or following his musical career as well. He stepped out of the childs life for 2 years and is trying to make amends with his son Damian.

Aventura group member Henry Santos also had an interview with Don Francisco in where the allegations made by Romeo were spoken about.

Henry Santos later expressed his hi-rt by some of the words that were said, specifically the statement made alleging that the group did not work as hard as Anthony Romeo did, and that they all benefited from his sacrifice.  You can check out that interview here: Henry Santos Entrevista con Don Francisco