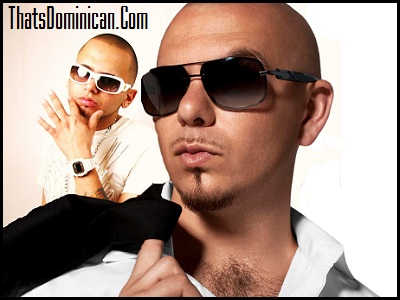 Mr. Worldwide links up with one of todays hottest rap artist in the Latin market Mr. Papa Sensato himself hailing from the Dominican Republic.

Pitbull, who is from Cuba has always been supportive of the Dominican community and its artists and has had a great relationship with Sensato since he remixed “Watagatapistusberry” and with it brought Sensatos music to a larger audience.

Del Patio, has said numerous times in interviews that he appreciated the support artists like Pitbull have shown him.  He recently said in an interview that is amazing that being in the level pitbull is at and so many years making hits, he is still humble enough to show love to artists still on the rise like himself.

and features a woman in the chorus with an accent talking over the beat speaking about crazy people in Spanish and English.  The track is a straight club banger, and as the girl goes “What the f*ck” in the chorus it reminds you of just how drunk you should get while listening to this.  Sensato’s flow is what we expect from him, with his un-mistaken style that gives him his own brew of originality in every track he chooses to bless.