The Curious Case of Pedro Beato 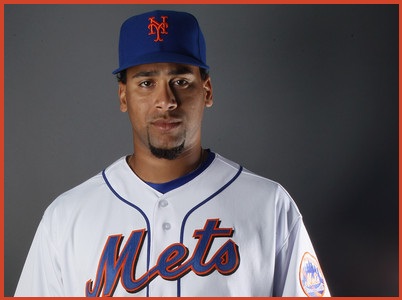 The Curious Case of Pedro Beato

On October 27, 1986 the New York Mets defeated the Boston Red Sox to capture their second World Series title. On that very same night down in Santo Domingo, Dominican Republic a future major leaguer was born by the name of Pedro Beato. So it only seems fitting that Beato pitch for the Mets as they celebrate their 50th Anniversary.

During his junior year he had Tommy John surgery. After coming back from the procedure with no ill effects, the Mets were interested in the right hander. This lead the Mets to draft him in the 2005 Major League draft in the 17th round. In order to persuade him to sign with the team the Mets invited Beato to Shea Stadium to meet his idol Pedro Martinez. He resisted the temptation of being a teammate with the man he grew up idolizing, instead Beato choose to attend St. Petersburg College located in St. Petersburg, Florida. Beato used his time at St. Petersburg College to hone his delivery and to work on his pitches. In the 2006 draft the Baltimore Orioles selected Beato in the first round (32nd overall). This was due to the fact that his fastball can reach 97mph. He can command the strike zone, and has good downward movement on his pitches. The Orioles had drafted a pitcher with tremendous upside. Going into the 2007 season, Beato was rated the 99th best prospect in baseball by Baseball America. He participated in the 2007 All-Star Futures Game.

In 2010 the Orioles left him off of their 40 man roster thus leaving any team to draft him during the Rule 5 draft. The Mets took full advantage of Baltimore’s mistake by selecting him and making him a member of the organization. On April 1, 2011 Beato made his major league debut, pitching two scoreless innings against the Florida Marlins. The two scoreless innings started a Mets franchise record of 18.2 innings of scoreless baseball to start to start a career. Jack DiLauro did not allow an earned run for 17.2 innings to open his major league career in 1969. The good times continued to roll for Beato, when he earned his first major league win on April 27th throwing another two scoreless innings, this time against the Washington Nationals. The good times for Beato later ended.

On May 4th the Mets placed Beato on the 15 day disable list due to right elbow tendinitis. Beato would finish his first major league season with 67 innings pitched 39 strikeouts and a 4.30 earn run average (E.R.A). One thing Mets fans want to keep in mind is that in 12 innings pitched against the Philadelphia Phillies he has a 1.50 era with 3 strikeouts. These are good number considering the Phillies left handed heavy line up. With the recent bullpen additions the Mets have made, Beato may be the odd man out. With Frank Franciso being the projected closer, Jon Rauch the clubs projected set-up man, and Tim Byrdak being the lefty specialist. This leaves Beato without a role. Sandy Alderson the Mets General Manager and Terry Collins the Mets Manager will have to decide the future of Pedro Beato before the season starts on April 5, 2012 when they host the Atlanta Braves. Beato can be sent down to the minor leagues for a little more seasoning, or he can stay in the major leagues and continue to develop. He would be a great choice to give the ball to in the 7th inning.

Whatever Pedro Beato’s role will be the 50th Anniversary season of the New York Mets will be fun to watch.

To learn more about Pedro Beato or the rest of the Mets log on to www.mets.com  or www.losmets.com . The Mets have launched a special website dedicated to their 50th season anniversary at www.mets50.com. You can catch Mets games on SNY TV during the 2012 season.