By age 8, Juan Luis Guerra was already composing songs and performing them at family events.

“I think that music is a gift that God gave me at an early age and that has been with me always,” he would later note.

It was a gift that he would hone with hard work and study. He studied music at the National Conservatory of the Dominican Republic, philosophy at the Autonomous University of Santo Domingo, as well as jazz and composition at Berklee College of Music in Boston, one of the most prestigious institutions for the study of contemporary music.

In the early ‘80s Juan Luis Guerra returned to his native country, the Dominican Republic, were he composed jingles for advertisements for a time before he formed his own group, 4:40.

The group was made up of Maridalia Hernández, Mariela Mercado and Roger Zayas-Bazán. Back then, fame and popularity seemed like a distant dream as the four friends drove around Santo Domingo in a Volkswagon Beetle hoping to hear one of their songs on the radio. Eventually they did begin to hear songs from their first three albums: Soplando, Mudanza y Acarreo and Mientras más lo pienso… Tú.

It wasn’t until 1989 that Guerra began to dominate the airwaves with the album “Ojalá que llueva café”, a musical homage to the earth and its bounty featuring majestic lyrics accompanied by idyllic rhythms. This was Juan Luis Guerra’s first solo project.

After identifying and defining his genre, Guerra began to produce hit after hit. In 1990, his album Bachata Rosa became a radio favorite with songs like “La bilirrubina”, “Rosalía” and “Burbujas de amor.” The combination of jazz, pop, meringue and other rhythms not only helped him sell 5 million copies of the album, but also earned him his first Grammy award. As he became more successful, the singer/songwriter adopted a very strict dedication to creating work that was truly original. “Sometimes it takes me two to six years to compose an album. It’s not about the time, its about staying fresh,” he states. “Every time I go to the studio I try to create a different sound, something innovative.”

Each of Juan Luis Guerra’s CDs is strikingly different and unique. The jubilation that characterized Bachata Rosa was absent on his more subdued, nostalgic 1992 production Areito, which included the song “Cuando te beso” in two versions, one accompanied by the New York Philharmonic and another accompanied by the American Boys Choir. In 1994 he again reinvented himself when he released Fogárate, in which he fused traditional meringue with South African soukus.

Later in Ni es lo mismo ni es igual (1998) he combined merengue with rap, while in 2004’s Para Ti he began to produce Christian music. Guerra’s projects have always illuminated his interest in social, political and even spiritual problems that affect the world. “What happens in the world heavily affects me,” he states. “It’s to the point that I feel a powerful need to discuss issues in my songs. I have always said that songs can’t change the world, but they can change the people who are listening.” 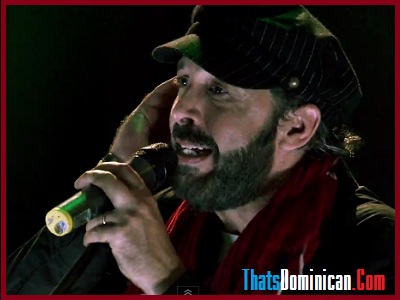 In 2007 he released his tenth album “La Llave de mi Corazon,” the record that he considers the most romantic of his entire career. He integrates English lyrics in the production with songs like “Something Good,” a duo with Italian vocalist Chiara Chivello, and “Medicine for my Soul,” the English version of “La Llave de mi Corazon.” That same year the Latino Association of Entertainment Journalists of the United States named him “The Star of Year.”

The Academia Latina de la Grabación (LARAS) named him ‘Person of the Year’ in 2007, while the Dominican Senate denominated him the ‘National Singer/Songwriter.’ One year later, Billboard Magazine recognized him for his untiring social and philanthropic efforts by awarding him the Spirit of Hope Award. His alma mater, Berklee College of Music also awarded him an honorary doctorate in May 2009.