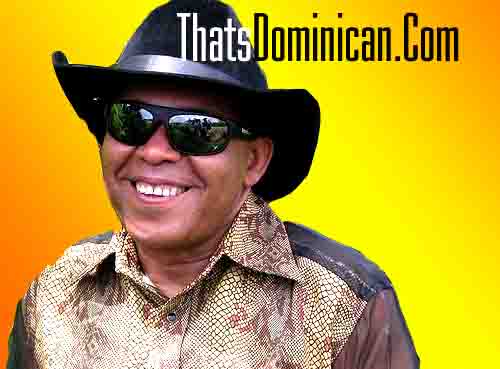 Teodoro Reyes was born in Nagua Dominican Republic on the 27th of March 1954.

Teodoro was born blind, and took to music from a very early age in the school for the blind in Nagua.

He started out as a writer, and while he became popular much later as a singer, as a songwriter he had his first hit by penning the song “La Hamaquita”, a song that was made popular by none other than Dominican Singing legend Fernando Villalona.

In 1984 inspired by the success of his writing, he released his first disc entitled “Linda Palabritas”. The single from that composition became well known in the Dominican Republic.

In 1994 Teodoro Reyes reached his peak with the hit single “Vuelve con tu papá” and even won the Premios Casandra in Dominican Republics as the best Bachata singer of the year.

His music is known for its sad lyrical content and his voice expands on the feeling of the lyrics, by singing them in what many call a whining or “crying” tone. He mostly sings about heart-aches and un-returned love.

When you picture typical bachata, Teodoro Reyes is what you are picturing.

The guy at the bar drinking his guts out, liver barely hanging on by a thread, face red, crying over a woman… That’s exactly who that guy is listening to, because that’s the music Teodoro makes.

With songs that for the most part reference drinking and dying of angst, even having a song called “Morire Bebiendo” (I will die drinking) it’s the kind of music where the sorrows being felt by the bar goes who is drinking to try to forget his pains will identify with.

Teodoro Reyes has released other hits like “Los pobres también aman” y “Muriendo de amor”, and his music remains among the favorites for those seeking traditional bachata sound and lyrics in the Dominican Republic.