“El Mayimbe” which he calls himself after another great on the list Fernando Villalona was certain to make this list, known as one of the most profitable solo Bachata artist of all times he is respected and renowned by fans and colleagues alike…

“Romeo” from the Group Aventura said in an interview he used to follow Antony when he would perform one day meeting him at a hotel and telling him “we have the same name (Antony Santos)” – The two have had a Father and son relationship since then. Some of his catch phrases are “Otra vez” (once again), and “Tu Bachatu” (your Bachata man).

His style of music really helped to popularize the electic guitar as part of Bachata, with his romantic lyrics in contrast to the usually more “Fresh” and sexually charged double meaning lyrics of bachata at the time helped his music move to the forefront of the style.  He is regarded by many, as one of the best Dominican artists ever. 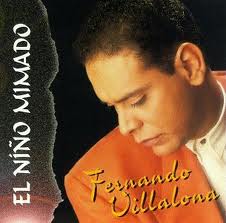 Some of Fernando’s tag phrases are “Esa” (meaning that one), “como” (how), along with many others trough-out his career. His son Fernadito Villalona also entered the music business with some success.

Wilfrido Vargas perhaps single handedly gave birth to the most amount of acts that became great Dominican artists in their own right, some that you may not realise until we point them out. Here are some groups that he formed that became successful: Las Chicas Del Can, Altamira Banda Show. In a career that spands all the way from the early 70’s, he is known as one of the originators and crucial to the popularization of the music and is known as “El Rey Del Merengue” (The king of Merengue).

His biggest single was “El Jardinero”, and also one of my favorite tracks of all time, extremely innovative for its time featured what was perhaps the first Dominican Rap, wait for it….. IN ENGLISH! Horrible English I may say, but a great chance taken that paid off at the end. 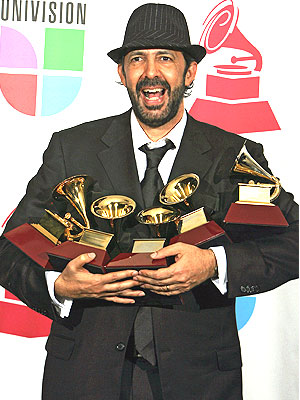 With over 30,000,000 records sold, yes re-read that number, the song writer, singer, producer has not only made hits for himself but just about anyone who is on a who is who list of Dominican artists. With 12 Latin gammy’s (3 of them in 2010 along with album of the year), 2 Grammys, in a career that spands from the mid-80’s that only shows how relevant this artist is even by todays standards releasing hit after hit trough his music career.

one of his catch phrase is “ho-ho-ye”, an elongated way to say “listen”, very well put for someone whose lyrics dabble in everything from politics, to poverty, society and love. Read more on this icon here: Juan Luis Guerra

His career started after winning second place on a TV contest on “El Show Del Medio Dia” (The Mid-day show). Dionis Fenandez (at the time one of the more famous merengueros) recognized his talent and took him onboard his band. He eventually joined another band where he bacame the lead singer (Los hijos Del Rey) and started his success releasing some of the great classics of Merengue today such as “Madre Mia” (Mother of mine), “La Quiero a Morir” (I love her to death) and “Si algun dia la vez” (If you see her one day) among many others.

He eventually made his own band, and in the spand of his career has attained both gold and platinum records. Due to his popularity, he inked one of the best deals of that decade with what is now SONY. Some of his catch phrases are “Mira, Mira” (meaning Look look) and “oiste” which means “Did you hear”. 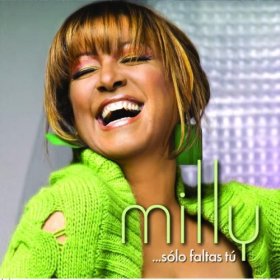 “THE QUEEN OF MERENGUE” and that title is well earned. You can tell by the list that when it comes to our music in The Dominican republic, be it merengue, bachata or whatever, that the industry is dominated by male Dominican artists, It is because of this that I am so very proud to be able to include Milly Quezada in this list. Arguably the best known Dominican woman in the music industry with a career that spands from 1975 (when she and her family formed their first group) until today, this woman is STILL making history.

During the start of the 80′s, success soon came mainly due To Milly’s unique style of singing and strong voice. They had hits like “La Guacherna”, “Volvió Juanita” and many more. She later ventured off into a successful solo career in 1997.

In her career, Milly has won many awards including The Casandra Awards in Dominican Republic, Billboard Awards, Premios Lo Nuestro in 1998, Ace awards and many more. Check out more about milly in the Our-People section in Milly Quezada’s Bio page.

This List Of Dominican Artists is Not yet complete! Tell us who YOU think should round up the top 10!