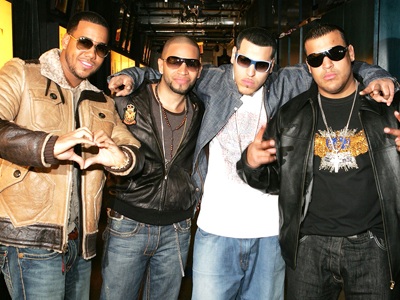 On a recent video interview with Terra.com, D’Element (Lenny Santos and Max Santos from Aventura) explain the reason the went together as a new group and how the memebers of Aventura are still together as the Group Aventura, with new music to be released in 2013!

“D’Element” was named that because of the table of elements, they are “Another Element of life” says Lenny Santos. The style that they bring is removed from their usual style. Lenny says that he was looking for something new to bring forth to Bachata, since they are known for developing new styles of the music Genre.

Max Agende says that they were originally going to release separate albums, he was going to do a rap album, but then they realize it made more sense to integrate their solo projects into what we are hearing now. Check out the full interview.