Aventura is a group of four Dominican singers in the Bachata genre, Antony (Romeo) Santos, Henry Santos, and two other guys with the same last name that appear in the background…  I’m kidding Max (Mikey) Santos and Lenny Santos.  Although they all share the same last name, the group is actually formed of 2 cousins, and two brothers, Romeo (the lead singer) and Henry (who is said to be the choreographer but also sings at times) are cousins, and Mikey (Bass player) and Lenny (lead Guitar) are brothers.

The band started out in the Bronx, NY in 1994, however their fame started in 1999 as they performed in the Boston, Massachusetts area.  In an interview Romeo said that only after Boston started showing them love were they able to come back to the New York area and become successful. 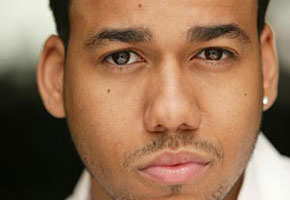 From the start, Antony (Romeo) Santos was a fan of the music, and his idol was none other than the great bachata singer with whom he shares the same first and last name Antony Santos.  In an interviews Romeo said that as a teen he would follow Anthony around whenever he was performing in the New York area, sometimes having to sneak into clubs to see him since he was not of age.

One day, romeo followed Antony Santos to a hotel where he was staying in, and said to his idol “We have the same name”, and after showing Antony his license they struck a father/son type of relationship.  After Aventuras success as a group, they have shared the stage with just about everyone on the who’s who list of Dominican and international acts, including the Father figure that inspired lead singer Romeo to start doing music Antony Santos.

Aventura as a group has broken many records for a Bachata group, not only with their discs, but also selling out concert most notably Madison Square Garden.  Aventura call themselves the K.O.B., short for Kings Of Bachata.  Some groups who have been around longer in the Bachata arena took offence to this, however Romeo has stated that this is not to disrespect the founders of the music, they are simply the kings of the new style Bachata, a style which they are proud to have been in the forefront of developing.

“Usual Bachata music was a guy in a guitar crying over  a woman, we wanted to do it different… If a girl doe’nt like me, then forget her, I’ll go to the next girl, and this is the type of music we wanted to make” – said Romeo in one of his interviews.

Romeo has since started his solo career, and while they say the group itself is still intact, the future success or failure or Romeo’s solo career will probably determine if the group will release any future music.