Toby Love is what I call, an honorary Dominican, he is in fact Puerto Rican, but his swag and his Bachatas earn him a spot in “our people” section.  Here is the Biography.

Toby Love’s music has always been the prime example of a production masterpiece. Infused with melodic lyrics.

His music is known to have transcended time. The urban bachata genre is unforgivably competitive; to remain relevant after so many years in the industry is a remarkable feat and a true testament to the greatness that is Toby Love. As one of the pioneers of the modernization of bachata, Toby Love has delivered hits such as “Tengo un Amor”, “Amores Como el Tuyo” and “Llorar Lloviendo” to an eager audience.

Every track diligently produced by Toby Love along with Eddie Perez echoes for years to come, leaving the audience appreciative of the different flavors immersed in his songs. We have seen Toby grow both as an individual and as an artist and now its time to look behind the scenes at the man who has brought us the beats to which we tap our feet.

Toby Love was born and raised in the Bronx, NY to Puerto Rican parents with music in his genes.  At the age of five Toby began playing percussion (guira, tambora, congas) and shortly thereafter took his first steps to fame performing as Candlestick from Beauty and the Beast in a school chorus performance.

At the age of 16, he joined the legendary bachata group Los Teenagers, later to be known as Aventura, frequently performing at the local hotspot Chocoláte in the Bronx. Six years later, Toby Love embarked upon a solo career, a particularlytrying period, since the comfort of the group atmosphere was no longer present.

This album reflects many personal touches on behalf of Toby Love as he forges a deeper connection with his audience. While many artists work exclusively for the production of a polished studio track, Toby’s music succeeds in consuming his audience at live shows as well. Toby Love is no stranger to the stage or putting on an enthusiastic show – one of his trademark characteristics. 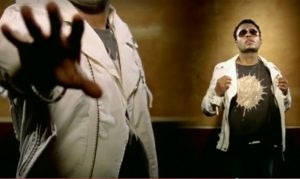 As a dancer, Toby has embraced the concept of fusing music and dance in his shows by taking advantage of his pulsating songs and rendering an exciting performance to his audience. His shows have the ability to provoke movement from the entire crowd – they are marked by zeal, excellent song selection, and a precise sound. From his dancing to his skilled voice accented by an incredibly talented band, the experience of Toby Love live is unparalleled. The success of his music can be attributed to the fact that Toby Love strives for perfection in every aspect of his project. He is a multifaceted artist always taking the front seat to all of the intricate parts of his career.

Toby Love has always referred to his surroundings for influence to bring a fresh project. Developing harmonizing techniques from Boyz II Men, dancing styles from Michael Jackson, incorporating traditional styles from artists such as Anthony Santos, with a hint of R&B, Toby has synthesized his own styles of bachata and merengue pop. The richness of his sound serves as an example for future aspiring artists. Rhythm, melody and passion comprise all of Toby Love’s songs, and there is no denying the most important ingredient Toby puts in his music: “It’s Love!”