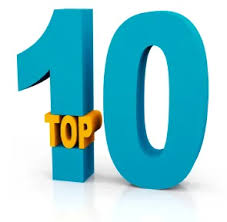 Dominican slang words – songs that are popular in the world.

1.At the top of the list (and this list is not in any particular order but this one happens to be #1 in everyone’s list) is the mega Hit by Prince Royce entitled “Corazon sin Cara“

with 44 weeks in the Latin Billboard top chart, it peaked at number one and after 44 weeks it is still in the top 10. I highly doubt any other Bachata in 2011 is going to beat the numbers this one has.

“Me Duele La Cabeza” by Hector Acosta is one of those tracks that makes me happy all around, “El torito” as he is known has been in the game for a long time, and still giving these young artists a run for their money. With this song Hector has been in the Tropical Charts of Billboard music for 40 weeks, topping at number 3 and currently sitting at number 12.

3.El Amor Que Perdimos as far as the charts in Top 10 Bachatas are concerned is in third place with 18 weeks on the charts, and guess who sings it? guess? Ahh the same guy that is in number 1 silly! Royce also takes this place.

4.fourth Place is the new single by Romeo entitled “You“, now I know that as far as longevity this has yet to be tested, but I seriously doubt this song will fall off the charts anytime soon, debuting at number 1 in the Latin Song section of Billboards and remaining strong in its 3rd week on the chart and a video for it that is, as Romeo would say “Bananas”, you can’t fail here.

5.Fifth Spot goes to Romeo Santos Again and his collaboration with Usher entitled “Promise”.  The Song was released in both English and Spanish, and the Spanish version on youtube has over 6,000,000 views.. Thats just the video, the SPANISH ONE!  The audio boasts 3 million more and I won’t even get into the rest of the numbers.

6.At the sixth spot is the great Tito el Bambino with another chart topper “Te Comence a Querer”, not only did this chart on billboard Latin, on youtube the official video also has over 1,000,000 views.

7.At the 7th Spot of top 10 Bachatas 2011, is the remake of… well a song that has been remade over and over again and keeps being hit after hit, and a Bachata version is no different, a great song is a great song! The first time I heard this song was done by Christian Castro, but for this list in 2011 the version is Ana Isabelle ft 24 Horas “Por Amarte Asi”.

8.Toby Love’s “Casi Casi” 8th Spot is a wonderful song and one of my new favorites, not this video below, but the song itself has well over 300,000 views on YouTube, and the video was just released May.

9.While this video was released in June 2010, “EL MALO” by Aventura was still ranking in as top 10 in Tropical Billboard charts well into Late January 2011 when the song finally fell into the teens in ranking so deserves a spot on the Top 10 Bachatas list, it was also remixed by Sensato Del Patio.

10.Yunel Cruz – Dominicanita was a track that enjoyed a bit of Billboard chart love in, the months of February peaking at #7 and only in the Tropical charts for a brief 3 weeks it’s a good song, and worth including in the list for 2011 until more music comes out

The video also boasts over 100,000 views on YouTube so we close out the top 10 bachatas list with that.